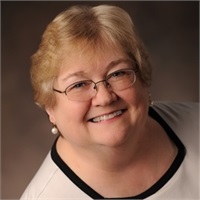 Karen (KC) Canary joined Baird in 2012 from Morgan Stanley to work with Rob Bernardin. Her experience in the securities industry dates back to 1988, when she joined Shearson Lehman Hutton. KC started as a wire operator and new accounts coordinator in Evansville. Her family relocated to Graham, Washington in 1995 and she served as assistant to the largest producing financial advisor in Tacoma, WA. In 1998 the family moved back to Southern Indiana, where she became the Assistant Operations Manager with Smith Barney, Inc. and obtained her Series 7 & 63 securities licenses. In 2002 after earning her supervisor's licenses (Series 9 & 10), she was promoted to Vice President where she served as the Evansville branch's Operations Manager at Smith Barney.

KC resides with her husband Randy and their 2 bichon frise dogs, Bear and Beau.